Hello everyone! This is BETTER RE again. 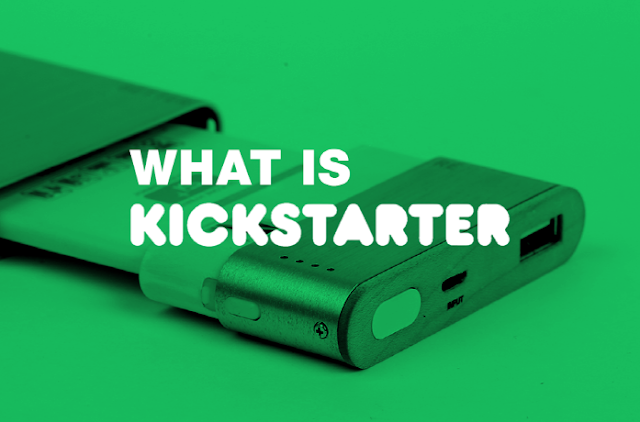 Today, I'm going to tell you what Kickstarter is.
To this day, we mentioned Kickstarter everywhere, but never explained what it is!

For those of you who aren't so familiar with Kickstarter, let me tell you one by one. 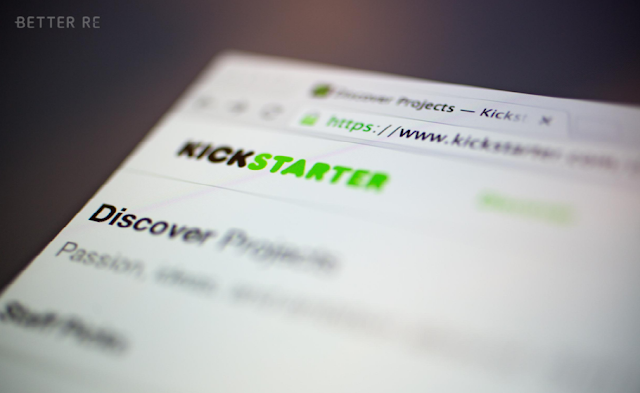 To put it simple, Kickstarter is a global 'crowdfunding' platform.
It is based in the US, and backers from all around the world are creating or backing innovative projects. 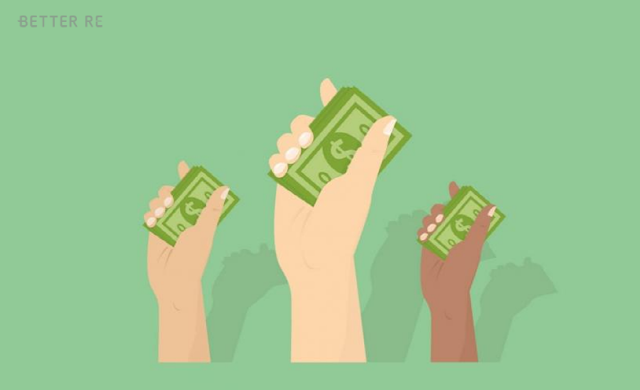 Wait, there's another point you might not be familiar with.
What is 'crowdfunding'?

Crowdfunding means 'fundraising from the crowd', as you can guess.
According to Wikipedia, it is "the practice of funding a project or venture
by raising monetary contributions from a large number of people, typically via the internet".
Recently, it is being used by organizations or companies - small ones, in many cases -
to collect funds, through the internet or social network. 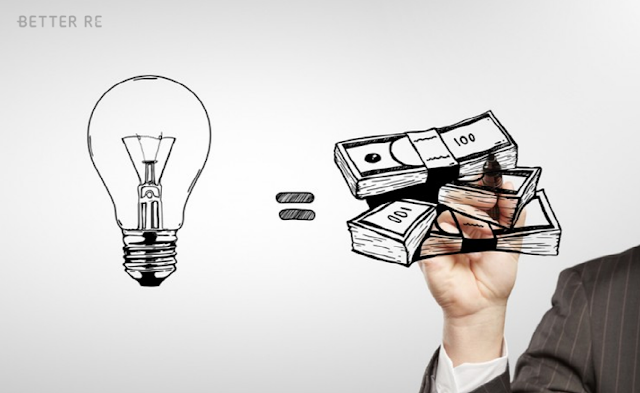 Lately, individuals with innovative ideas or great handworks are creating novel products or services through crowdfunding platforms. There are some platforms that crowdfund for charity or donation.
The possibilities are endless! 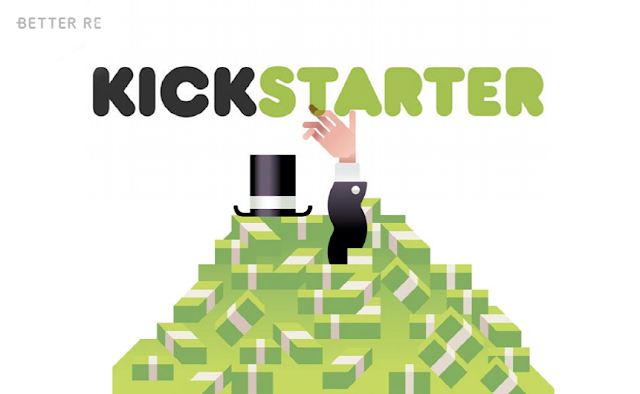 Among innumerable crowdfunding platforms, Kickstarter is the most well-renowned one,
where lots of innovative products were born.
Let me introduce some projects that were a big success, astonishing the world. 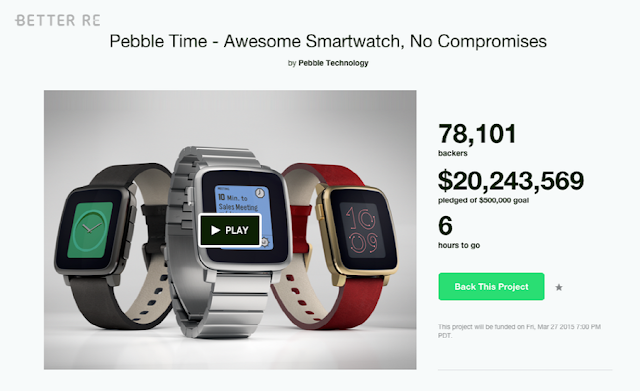 Pebble Time is the smart watch that funded a million dollars in just 30 minutes. Amazing!
It was the second version, and the first version was a big hit as well.
I expect many early birds would have heard this news, right? 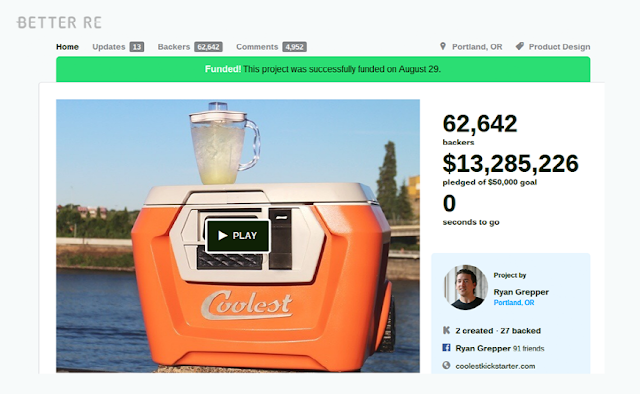 Coolest is the project that was the most funded one on Kickstarter for quite some time.
It is an icebox with speaker, mixer, LED and so on. It magnetized camping lovers, and funded more than 13 million dollars!
In the project video, you can see how many cool things you can do with this cooler. ;-)

Not only innovative products but projects with big social value also exist!
Although some projects didn't make fund such a huge amount of money like what Pebble or Coolest,
they have great meanings and have the potential to make our world a lot better. :) 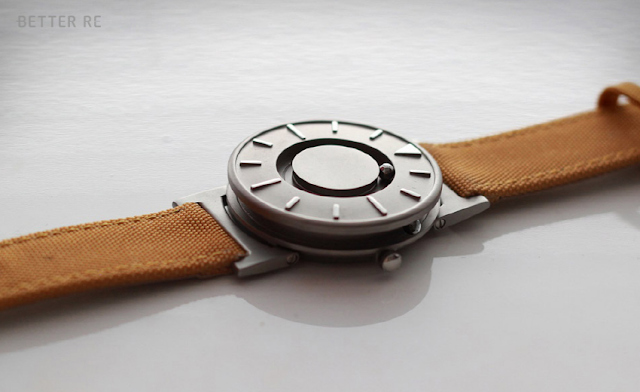 The Bradley Timepiece is a watch for everyone - including the blind. As you can see in the picture, the hour hand and the minute hand are replaced by metal balls,
with which you can tell the time by touching them. Great, huh?

It was named after Brad Snyder, an American swimmer who won two Gold medals and one Silver at the 2012 Summer Paralympics. He lost his eyesight from an IED explosion while serving in the US Navy in Afghanistan. He is the spokesman of the timepiece right now! For more info, visit the website! 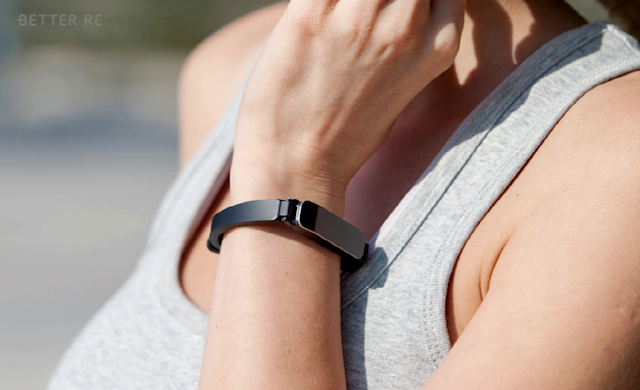 Arki, the wrist band in the picture, Arki, is a wearable that analyzes and corrects our walking posture for healthy lives.
Healthy body is made from healthy habits that might be too small to notice,
and Arki can help you form one of the good healthy habits. 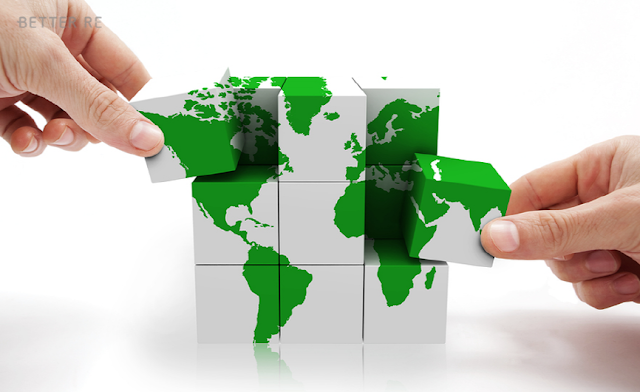 Too many to explain!
Tens, hundreds, and thousands of many other projects are successfully funding on Kickstarter, making meaningful changes in the world.
Even at this very moment, innovative projects are being created! :-) 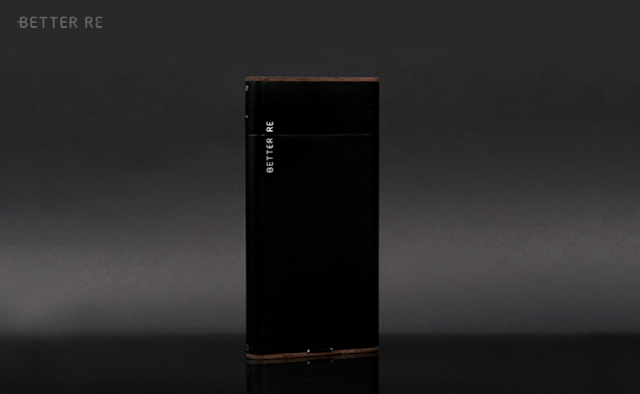 Now, did you get the feeling of what Kickstarter is? Hope this posting was helpful.
If you visit the page yourself, you'll be amazed to see fun and amazing projects - and BETTER RE is one of them!

What about browsing on Kickstarter today, checking out what projects catch your eye?
:-) Hope you have a fun time there! See you!
Posted by BETTER RE at 9:16 PM

BETTER RE
BETTER RE is an upcycling power pack to 'BETTER REuse' your old smartphone batteries, with infinite lifespan and expandable capacity. Awaken your Energy, Enlighten our World.